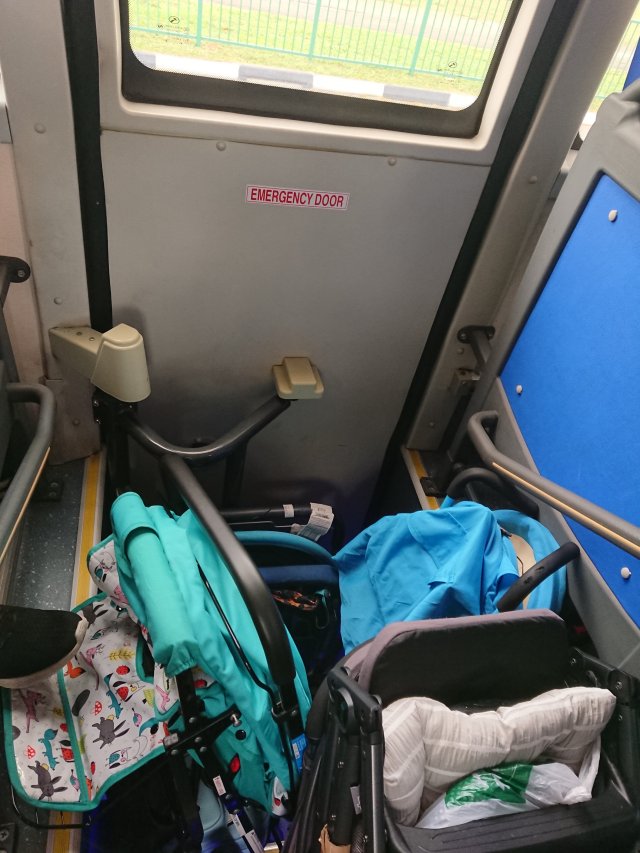 I was appalled when I board the bus and saw this (was last few to board the bus and had to stand).  I wondered:
1) Why didn’t the bus driver say no to strollers on board and tell passengers to keep the strollers in the luggage compartment.
2) The first person who boards the bus with the stroller could have seen that there is no storage space for the stroller, should have asked the driver if he/she could store it in the luggage compartment.  His/her action could set a precedent/an example to others.  There are four strollers in total.
3) What if there is an emergency and/or something had actually happened?  The onus falls on the driver or the passengers who placed the strollers there? Or it falls on the attraction operations?

This is not a case of paranoia but a case of preventive measure which we should never ever take for granted.  Having worked in a consultancy firm that focuses in incident and injury free at workplace plus various types of events, missing out the slightest detail could lead to a major repercussion.  When we reached the attraction and the door opens, the strollers almost fall off the steps.  What if it landed on someone especially a child? (The drop-off/pick-up point are the same at the attraction with no barriers on the curb).  It is more appalling when the driver is totally aware of this as I saw that he removed the strollers once we reached (I was taking down the bus license number).

I had written to the attraction providing the necessary details hoping that action will be taken.  I know it is not as simple or easy.  Anything to do with behavioural change (or sense of entitlement, for that matter) is not easy.  Thanks to this ‘incident’ I noticed that the official shuttle have no space either for strollers (or wheelchairs) which I may ask once they reply to my first feedback.

The topic of strollers on public transportation and especially on escalators have been on-going for the past few months.  Recently the Building and Construction Authority (BCA) had released the poster below as part of their escalator safety campaign which received mixed reactions. 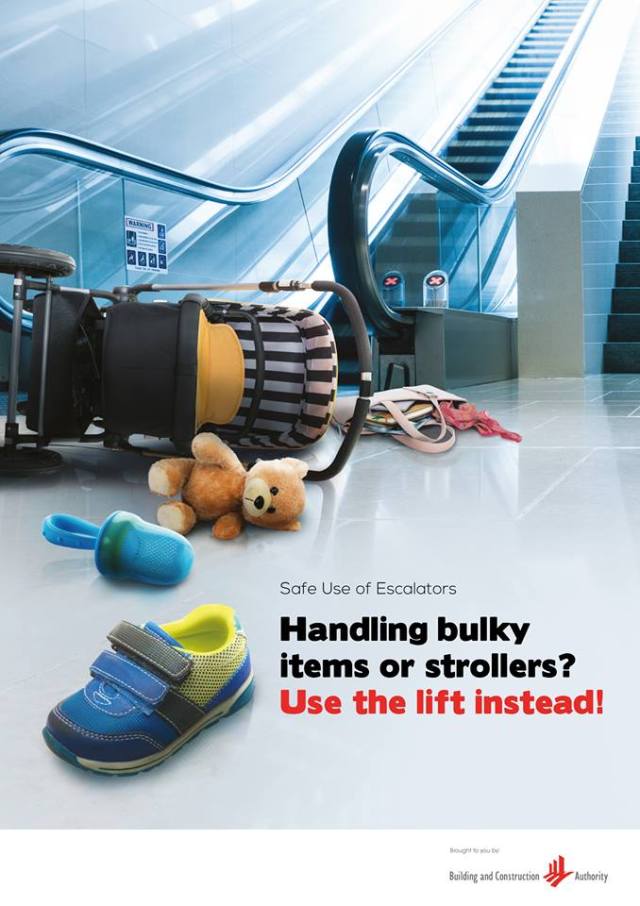 When it comes to safety, everyone plays a part.  Most times we need to take a look at the bigger picture especially when safety is concerned. We need to ask ourselves why things have to be done in a certain way or why certain things are not allowed/discouraged.  In the case of strollers on escalators, do parents know/think how dangerous it can be for the child to be on the stroller while they go either up or down the escalator?  Again, it is not a case of paranoia but a case of prevention.